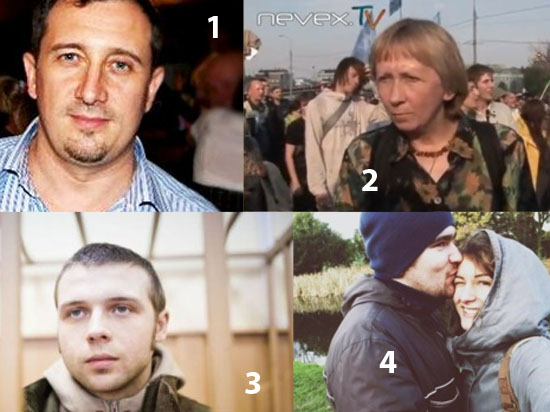 A man walks in the street after police fired tear gas to disperse a crowd Sunday, Aug. 17, 2014, during a protest for Michael Brown, who was killed by a police officer last Saturday in Ferguson, Mo. As night fell Sunday in Ferguson, another peaceful protest quickly deteriorated after marchers pushed toward one end of a street. Police attempted to push them back by firing tear gas and shouting over a bullhorn that the protest was no longer peaceful. (AP Photo/Charlie Riedel)