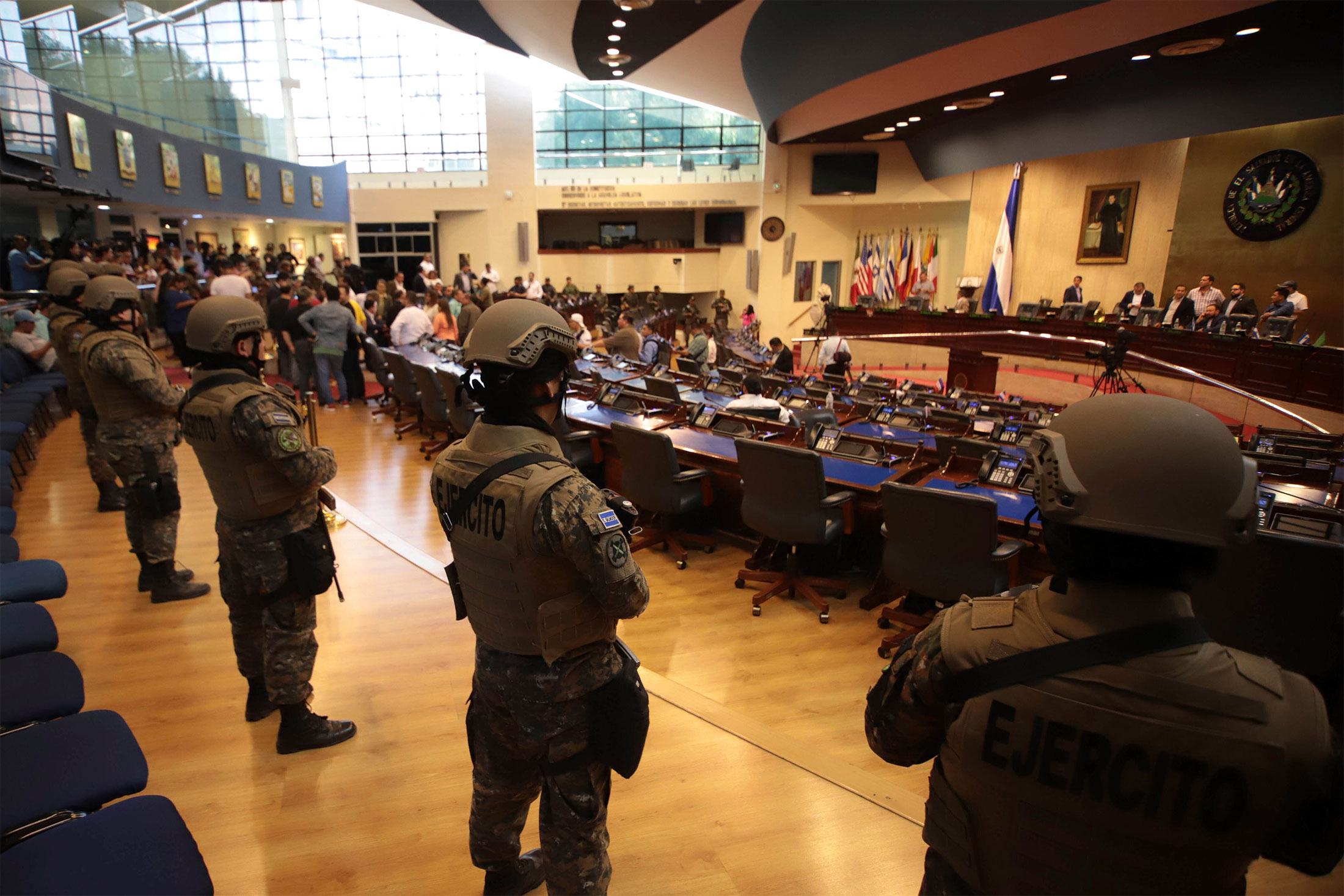 Armed Special Forces soldiers of the Salvadoran Army, following orders of President Nayib Bukele, enter congress upon the arrival of lawmakers, in San Salvador, El Salvador, Sunday, Feb. 9, 2020. Bukele has called on supporters to converge around the country’s parliament after legislators refused to gather to vote on a $109 million loan to better equip the country’s security forces. Top commanders of the country’s police and military have expressed allegiance to the president during the standoff, while positioning security forces in and around the legislative building. (AP Photo/Salvador Melendez)