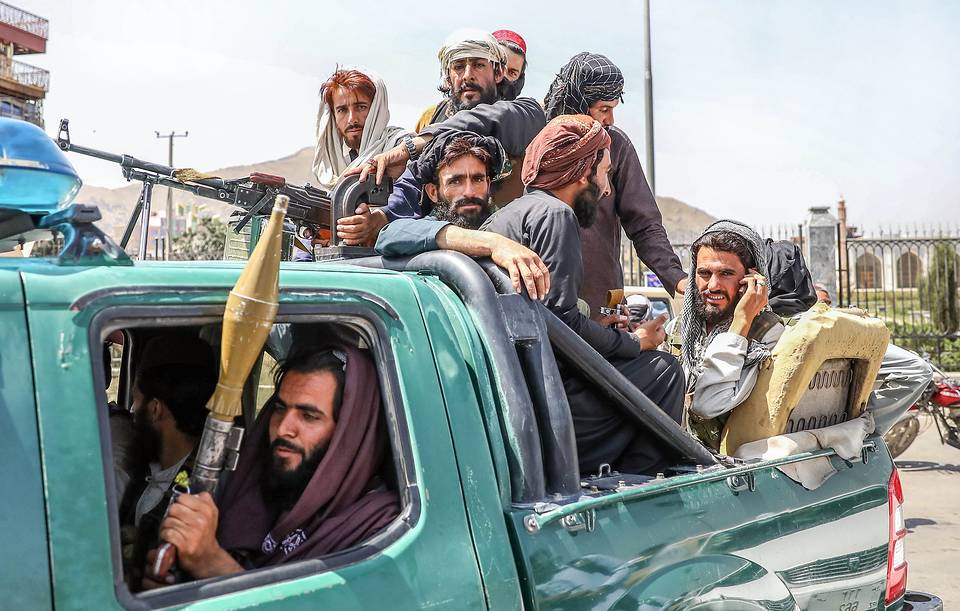 epa09416403 Taliban fighters are seen on the back of a vehicle in Kabul, Afghanistan, 16 August 2021. Taliban co-founder Abdul Ghani Baradar, on 16 August 2021, declared victory and an end to the decades-long war in Afghanistan, a day after the insurgents entered Kabul to take control of the country. Baradar, who heads the Taliban political office in Qatar, released a short video message after President Ashraf Ghani fled and conceded that the insurgents had won the 20-year war. EPA-EFE/STRINGER