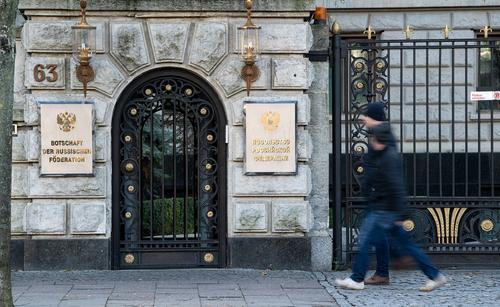 04 December 2019, Berlin: Passers-by pass by the Russian embassy in Berlin-Mitte. After the alleged contract murder of a Georgian in Berlin, there is a diplomatic crisis between Germany and Russia. The federal prosecutor’s office has taken over the investigation. It pursues the initial suspicion that state authorities in Russia or the republic of Chechnya are behind this. The federal government expelled two Russian diplomats. Photo: Bernd von Jutrczenka/dpa